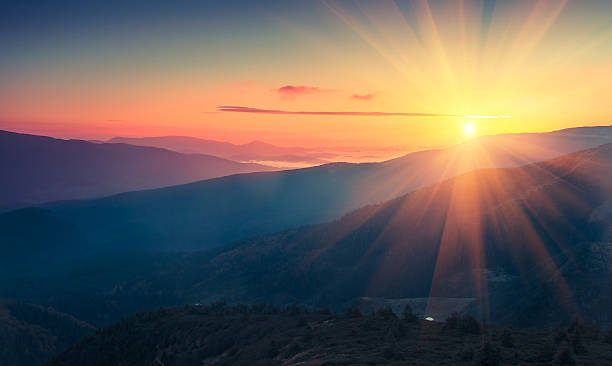 The below is part of a reflection I offered for our April Around The Table staff newsletter. May you be encouraged in knowing that from the very beginning God has been and continues to remain at work making room and caring for those some have referred to as being “outside the camp.”

For some of you, Easter celebrations were this last weekend and for others it was the previous weekend.

Either way, thanks be to God…we can proclaim together, “He is risen! He is risen indeed!”

I am so thankful for Eastertide as a season that provides the Church space beyond the notion of a few days for reflection on and rejoicing in Christ’s sacrifice and triumph.

Eastertide heads us toward Pentecost Sunday where we celebrate the eternal and internal accompaniment of the Lord with us via the Holy Spirit. In the power of Christ’s resurrection we head toward a reminder of being baptized by one Spirit into one body for the common good of all — those both near to God and those who find themselves far away from Him. (Acts 2; I Cor. 12; Rom. 8; John 20)

The Lord makes room and makes a way! Amen!

Thinking of those that the Lord loves who are “far away,” I’d like to share some from a study of the story of the Recabites/Rekabites/Rechabites (various translated spelling options) named in Jeremiah 35 that I did this last month.

The saga of the Rechabites offers a moral of being seen and cared for by God despite walking a varied path beyond the normed and accepted pathway of the Israelites of the day.

The Rechabites’ story is not meant to suggest that following methods, processes, habits, rhythms, and the like are not important, but rather it is a message meant to offer that “…for the Lord does not see as mortals see; they look on the outward appearance, but the Lord looks on the heart.” (1 Sam. 16:7) God today still appreciates obedience over sacrifice. (1 Sam 15) As with Isaiah chapter 1, the Lord still today desires enacted justice and care for those in need over the practice of solemn assemblies, sabbaths, and festivals that arrive in incongruence to these more core, primary desires of the Lord. (Isa. 1)

As we move through the story, recognize that the Lord’s approval of the Rechabites bears added poignancy due to the fact that, as in other places of Scripture, the Lord is stating His love for all people. God is emphasizing that Israel is meant to be the conduit for sharing the love of God for all people not the sole focal point for God’s love.

So, Jeremiah invites representatives of this foreign tribe to the temple and offers them wine to drink. However, the Recabite representatives refuse Jeremiah’s (and God’s) offer because of their forefather’s command not to drink wine. (Jer. 35:6-11) Of course, this can remind us of the related vow taken by Nazirite’s like Samson. There is a connection to this in the Hebrew in the idea of ha-nozerim (diligent observers) varied from nozerim, to nozerite, to nazirite.

Thus says the Lord of hosts, the God of Israel: Go and say to the people of Judah and the inhabitants of Jerusalem, Can you not learn a lesson and obey my words? says the Lord. The command has been carried out that Jonadab son of Rechab gave to his descendants to drink no wine; and they drink none to this day, for they have obeyed their ancestor’s command. But I myself have spoken to you persistently, and you have not obeyed me. I have sent to you all my servants the prophets, sending them persistently, saying, “Turn now every one of you from your evil way, and amend your doings, and do not go after other gods to serve them, and then you shall live in the land that I gave to you and your ancestors.” But you did not incline your ear or obey me. The descendants of Jonadab son of Rechab have carried out the command that their ancestor gave them, but this people has not obeyed me. Therefore, thus says the Lord, the God of hosts, the God of Israel: I am going to bring on Judah and on all the inhabitants of Jerusalem every disaster that I have pronounced against them; because I have spoken to them and they have not listened, I have called to them and they have not answered. (Jer. 35:13-17)

Much of the above scenario is something that most of us are familiar with in the First Testament: Israel does not follow the precepts of God, God gets upset, there are punishments/hardships, and God assists Israel in finding a way forward despite the dilemmas.

However, in this above passage we don’t get to the last part…Israel finds itself in trouble and God does not provide a way out.

Alternatively, in this passage, God honors the foreign Rechabites!

Here in Jeremiah, the Lord makes room for the good where it is found. Even though the good here doesn’t follow current prescribed protocols for those who are “in” and even though while the intentions might be right the outworking of those intentions might be less than fully efficacious, God still makes room. Of course, this isn’t just about God making room for others, the point is that we too are such “others” and God also makes room for us even when pride can blind us and we think our way is so much better than other ways around us.

Interestingly, through exploration, we find that the Rechabites are referred to many times throughout the First Testament and play key roles in the life of Israel overall. As a foreign tribe they become attached to the tribe of Judah via Hammath, the father of the house of Rechab. (I Chr. 2) The Rechabites ancestry is that they are of the Kenites – known as metalworkers & coppersmiths – who are ultimately descended from Cain. It is interesting to think back from God’s promise in Jeremiah 35 to the Rechabites to his promise of protection for Cain even in the midst of naming punishment for Cain murdering his brother.

Along with abstaining from drinking alcohol the Rechabites committed to being a tent dwelling nomadic people who would not plant vineyards or otherwise cultivate the land. They are noted for their ancestor Jehonadab coming alongside Jehu in the battle against the Canaanite religious practices of Baal (II Kings 10) and represent promotion of the simpler, nomadic religion of worship of YHWH.

An associated portion of the Kenites are the Midianites. (Judges 1:16; 4:11) With the Midianite connection, we are brought to a fascinating joining point as exemplified with Israel through the relationship of Jethro (Hobab, Hovav, Reuel, and other names) as father-in-law of Moses. As one example of the importance of the Jethro and the Midianites/Kenites, Exodus 6 offers one suggestion that it is in the wilderness of Midian before the burning bush that Moses learns of the name of YHWH in addition to that of El-Shaddai. (Ex. 6:3) Through the influence of Jethro – who brings Moses’ wife Zipporah to Moses after the people of Israel have crossed the Red Sea – Moses learns variation in forms of governance that are sustainable. (Ex. 18) It is through this time of relationship building that the Midianite branch of Kenites is invited to go with and makes the decision to go with Israel into the promised land. Through this choice they eventually become attached to the tribe of Judah and take on the characteristics of Rechabites. (Judges 1:16; Judges 4:11; 1 Sam. 30:29; 1 Sam. 15:6; Num. 24:21-22)

Finally, Jael the Kenite – wife of Heber the Kenite – is one of Israel’s great heroines. She is praised in the Song of Deborah for her slaying of the Canaanite general Sisera. (Judges 5:24-26)

All of the above is offered to showcase that in the midst of what at times can seem like the monolithic, straightforward story of Israel is actually an interwoven tapestry of many peoples who are welcomed into fellowship by the Lord.

Whether it be this story of the Rechabites/Midianites/Kenites or other stories such as Melchizadek the King of Salem blessing Abraham, Rahab becoming part of the lineage of Jesus, Elijah blessing the Gentile widow of Zarephath in Sidon, Elisha healing the Gentile Naaman the Syrian, Jesus finding great faith in a Roman Centurion, Jesus’ eclectic lineup of disciples, the Ethiopian eunuch responding positively to the Gospel, Cornelius and his household receiving the Holy Spirit and being baptized, or Paul quoting a paean to Zeus by the poet Aratus while on Mars Hill to talk about YHWH, “in him we live and move and have our being,” let us remember that…

The Lord makes a way for people!

May we be people who participate in the waymaking plans of the Lord!

As we celebrate Christ’s resurrection during Eastertide, may we also hearken back to Christ’s birth and along with Simeon in his Nunc Dimittis also ourselves proclaim, “for my eyes have seen your salvation, which you have prepared in the presence of all peoples, a light for revelation to the Gentiles, and for glory to your people Israel.” (Luke 2:29-32)

No one left out — all peoples, Gentiles, Israel… – everyone invited.

Request WMF staff to speak at your event