A Life Story Over a Cup of Tea - Word Made Flesh 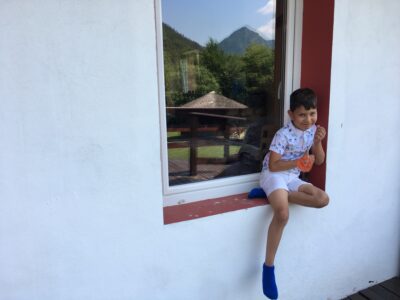 Lavinia accepted our invitation to spend an hour with us with enthusiasm, sharing her story over a cup of tea. It meant that she had to make an extra effort to wake up and go to work earlier so she could meet with us. On a normal day, she cleans the halls of apartment buildings, and in the evening, when she is called, she cleans the houses of wealthy families. The joy she expressed when she entered our doors made it obvious that it was worth the effort to get the cleaning done early.

It doesn’t happen very often for Lavinia to be listened to without being judged, or to simply have a good time outside of her usual environment. She is 26 years old now and is the mother of George, a first grader who has participated at the Word Made Flesh Center for the last two years. George is a bright child who becomes incredibly talkative when asked to be quiet. 😊

Lavinia has had to be both a mother and a father to George. She never got the chance to marry George’s father. He had been a day laborer, diving into the Danube River to pull out scraps of metal that fell off the barges in the port and reselling it. After a day of work, he and his brother swam out to wash.  Although he was a good swimmer, he grew weak against the current and never resurfaced from the water. Lavinia was three months pregnant at the time. Although she had had a premonition of his death, it was nonetheless shocking. She was only 18 years old, and now single and uncertain about her future. Her future husband was gone. To her son she gave the name of his father: George.

Lavinia’s life has always been hard. Being the oldest in the family, she sacrificed herself for her younger siblings to the point of giving them the opportunity to come to the Center in her place. She would have wanted to go to school when she was little, but she always had to work for the little ones in a house with no electricity and no running water. She carried water from afar and studied as much as she could by candlelight in the evening while one of her younger brothers would fall asleep on her lap. Even so, she carried her education as far as she could, taking pride in being hardworking and well behaved.

Yet the environment in which she grew up left its marks on her as a teenager. Not having good role models, she took on the behavior and language of those around her, in an environment where most girls would end up in prostitution. When she became a mother, Lavinia knew that she had to change.

Currently, Lavinia lives with her extended family, sharing the burden with her mother, who also works as a cleaner of apartment blocks. Lavinia has an alcoholic father, a 14-year-old brother who steals even from their house to buy drugs, another brother who has not yet started down a destructive path, her child George, and her sister’s son, who is now also in Lavinia’s care. It worries Lavinia to think about how the two little ones will develop in such a toxic environment, not only in the family, but also in the community without having any models worthy of following.

Lavinia is now in a relationship with a man she met on Facebook while he was in prison. She is very much in love, and she says she never thought she could ever feel this way again. She says that he is a good man and that she feels loved. He doesn’t have a job, and their plans are to go abroad together in the near future and take George with them. For some time now she has been attending a Roma church and it is really evident that God is working in her life. I noticed she uses uplifting words, and the fact that she quit smoking is a miracle.

“It’s been two weeks since I quit smoking, and I can still sense the smell of cigarettes on my clothes even though I just changed, because I was working earlier today. I can’t even stand the smell anymore, although I used to smoke cheap cigarettes and lots of them.”

Our prayer is that Lavinia will get to know God more and more. We hope that she will find ways to build on the relationship she started with Him even if she leaves the country and stops attending the local church. We pray that the man she is with is as real as she says he is – a good man who wants to start a family. We pray that George will have people in his life to learn beautiful things from.

When I asked George about the people who have been a good influence in his life, he said: “My mother, two fellow twins in my class, and you guys at the Center.” 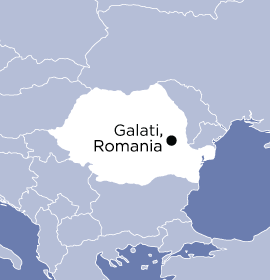