Embracing Our Brokenness - Word Made Flesh 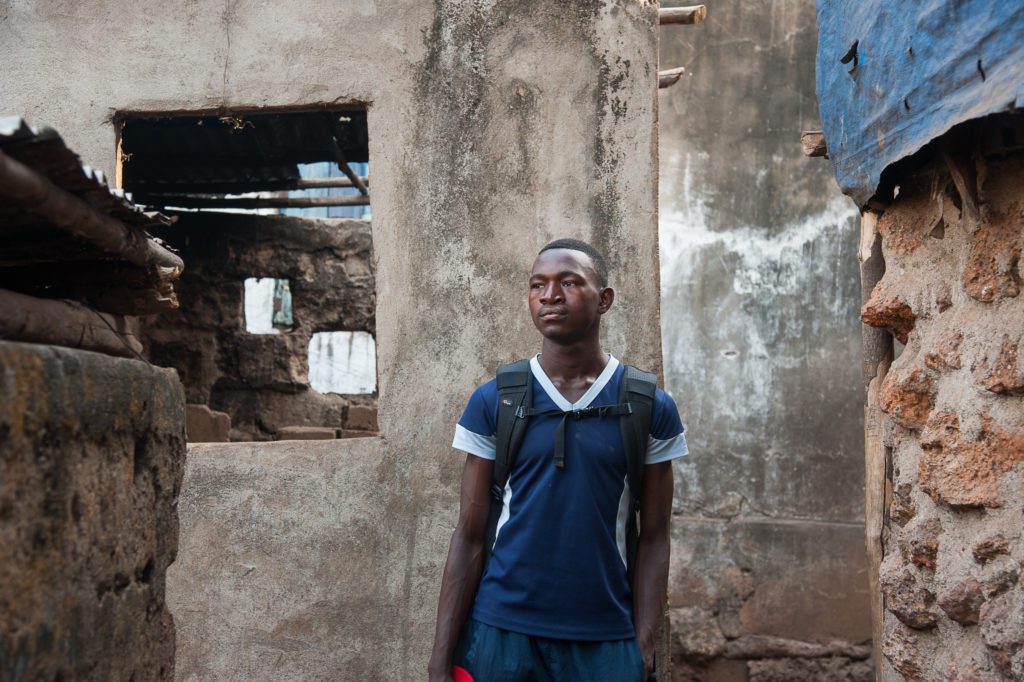 In his book, From Brokenness to Community, Jean Vanier shares about his experience of being in community with disabled adults and describes his community L’Arche as a place of healing and transformation. Being in community with those who are broken, according to Vanier, reveals to us our own brokenness, yet brings us hope because in community we can be accepted for who we are despite our brokenness. Vanier writes, “I do not have to pretend that I am better than others and that I have to win in all the competitions…I am allowed to be myself, with all my psychological and physical wounds, with all my limitations but with all my gifts too.”

I have been part of Word Made Flesh Sierra Leone (WMF SL) since 2012. We celebrate being in community with those who are broken, especially those who are struggling with poverty in the Kroo Bay slum area of Freetown. As part of staff training at WMF SL, we read Vanier’s book together. His book helped shape our understanding of the place of brokenness in our Christian journey, particularly in the context of our WMF SL community.

Due to my health challenges, my husband and I had to leave Sierra Leone a couple of years ago, and we have been in Canada since then. While I worked in Freetown, one of my roles included working with girls who have been sexually abused. A majority of the girls in Kroo Bay experience sexual abuse from a young age, and WMF SL provides support for these girls and families through counseling, medical care and legal assistance.

I have a special friend named “Esther” whose family I stayed with for over a year when I lived in Kroo Bay. There was a rich sense of community in my small Kroo Bay home. The door of our home was always open, and neighbors constantly dropped by. Though the Sierra Leonean family I lived with didn’t have much materially, they always shared their food with their visitors. Esther loved playing with the neighbor children. I had the privilege of helping her with her homework, and attending church with her despite her initial hesitation due to her Muslim background. Esther, who is 16 years old now, has gone through a lot of hardships in her life. She stays with her uncle’s family, since her parents cannot afford to send her to school. Shortly before I left Freetown, I was informed that she had been sexually abused. It was heart-rending to hear the news.

Six years ago, Esther had courageously accepted Christ and was baptized. I still remember the joy I felt at her baptism. Partly due to her family’s Muslim background, she didn’t receive much support to continue with her new Christian faith, and she discontinued going to church a few years ago. In my absence, my WMF SL colleagues have continued to care for Esther in the midst of challenges she has gone through.

Last week I came across a card Esther wrote me before I left Sierra Leone. She told me to make sure I took care of my health and got better so that I could return to Sierra Leone soon. I get teary when I think of her and I really miss her. As I reflect back at the time when I worked in Sierra Leone, I remember being energized and strengthened by friends like Esther, especially when I was sick. When I had to spend many hours in bed, I often felt discouraged. However, being able to mentor people like Esther when I was physically capable was life-giving for me. When I felt like I didn’t have much to contribute to the community due to my illness, Esther’s friendship allowed me to share with her my ability to give life to others.

I agree with Jean Vanier. Being in community with people like Esther reveals to us our own brokenness but gives us hope because we are accepted despite our brokenness. If the WMF SL community can love Esther with all her brokenness – and furthermore – if Esther can give me a gift of live-giving friendship with all her brokenness, then I can accept my own brokenness. When I think of Esther’s brokenness, I am reminded how I too am broken – relationally, sexually, and in so many other ways. But the difference between me and Esther is that I am so much better at hiding my brokenness. It certainly terrifies me to show others how messed up I am. Being in community with people like Esther gives me the courage to embrace my own brokenness. Our brokenness is not something we need to be ashamed of, but something than binds us together in community as imperfect yet beautiful children of God, who longs to heal and transform us. 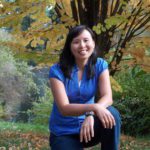 Jennifer Seo was born in Seoul, South Korea. She was raised in a Catholic family and had a personal encounter with Christ when she was 17 years old. She went to the University of Alberta in Edmonton, Canada. In 2001, she moved to Vancouver and worked as a dental hygienist until she felt called into full-time missions in 2010. From 2012 to 2017, Jennifer served in the Kroo Bay area of Sierra Leone’s capital city of Freetown with Word Made Flesh Sierra Leone. During that time, she focused on ministry with vulnerable women and children. Currently she lives in Vancouver with her husband, Stephen Ney, and enjoys running and reading. In September 2019, Jennifer will transition back to WMF Sierra Leone to step into the role of Field Director there.

One thought on “Embracing Our Brokenness” 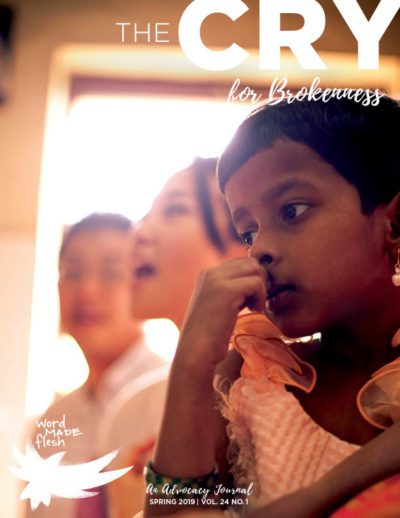