From the Editor - Word Made Flesh 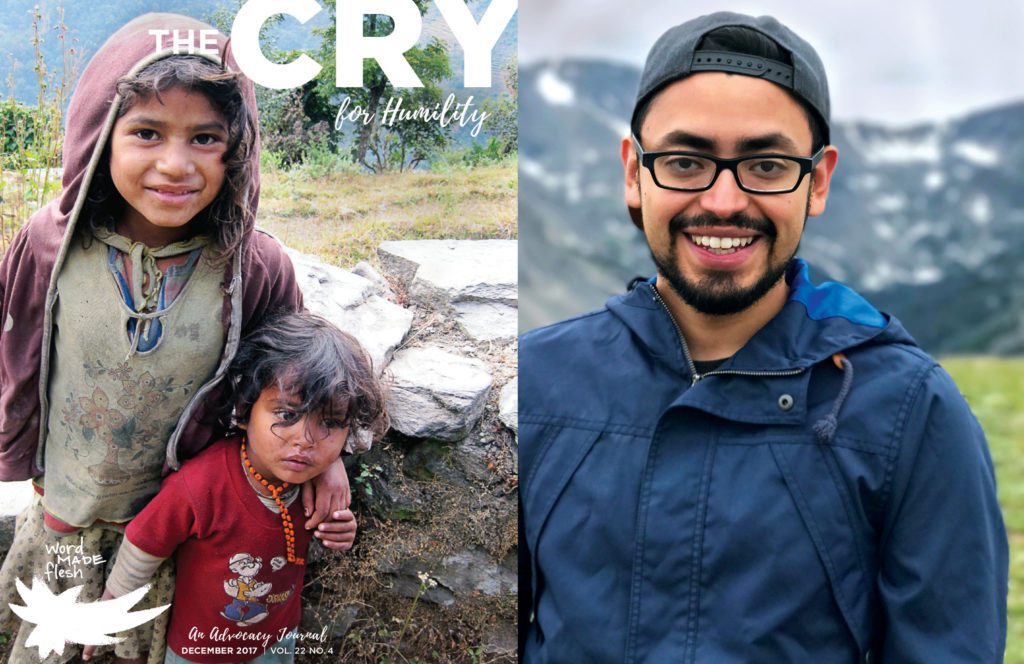 “Nothing is more deceitful,” said Darcy, “than the appearance of humility. It is often only carelessness of opinion, and sometimes an indirect boast.”

I often struggled to “keep myself humble,” which really was nothing more than an attempt at its appearance. After all, humility is one of those virtues we hold with such high esteem within our Christian circles, especially in a pride-driven world.

Trying to be humble is not humility at all. I’ve become convinced that humility ought not be a goal, lest we boast in such an achievement.

So what is the goal?

To “put on the Lord Jesus Christ” (Romans 13:14), a King born in a stable amidst farm animals and hay, laid on a lowly manger; a man who embodied a love so extravagant that no greater love could exist — a love exhibited by Jesus in the deliberate laying down of His life for His friends (John 15:13).

The humility of our Savior is overwhelming when He washed the disciples’ feet or insisted that it would be John the Baptist who would baptize Him, and not the other way around. Or when “He humbled himself by becoming obedient to the point of death, even death on the cross…” (Philippians 2:8).

As often is the case, when we look at the person of Jesus and then examine ourselves, we fall infinitely short. This should bring comfort to us! We could never do it alone. We must face this and let no shame overtake the admission, as shame would only drive us to cover our nakedness with deceit and put on the appearance of humility and love.

Instead, we must embrace that without Him we could never become like Him. To put on “humble” versions of ourselves (or whatever notions we have about humility) is to leave the Lord Jesus Christ off. It is He who has the ability to shine through us and only He who can create in us pure, humble, and loving hearts.

The call to Christians in walking humbly with our God (Micah 6:8) is simply to put on Christ, to wear Him like a garment that covers us. It is to follow Him and to do what He did. Over time, as the Holy Spirit sanctifies, we become more like Him and our nature begins to look a lot like His.

I have been so humbled by how much our folks around the world and the people they are reaching look like Him. I have been challenged to die to myself every day and strive to become like Christ. Over the course of the last year — my first — as Editor, I have encountered people and stories of people who without any desire to achieve humility have put on Christ and taught me more about humility than I ever could have imagined.

The following pages contain the stories and faces of some of these people. You’ll read stories of people who have chosen paths that lead them to emptying themselves daily for the sake of the Gospel. They lay down their lives for their friends.

Some of the articles and pictures you’ll read and see come from people who were born into very difficult contexts and have now chosen to dedicate their lives to pouring love right back into communities experiencing oppressions and vulnerabilities.

I pray that as you read this issue and as we are heading into Advent, that you are moved by the words of humility and wisdom found in its pages. I hope you are profoundly touched by the word “humility” becoming flesh, as it were, first in Christ and secondly in the people whose stories make up this issue. No appearances here. Just the real thing.

Editor of The Cry
jorge.castorena@wordmadeflesh.com