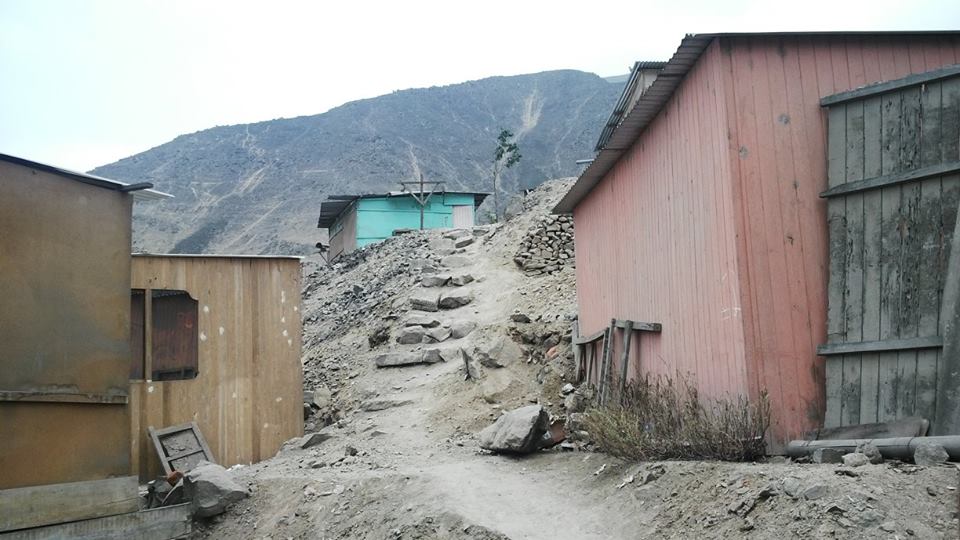 The path of serving — in most cases, it is a difficult one. And more so when one’s heart is no longer of stone, when it has developed the capacity to to suffer with those who suffer and rejoice with those who rejoice.

At the beginning of the year, as our ministry here in Peru grew, we launched a new project focuses on two lines of action: prevention and intervention. Our target? Mothers and their children. The line of prevention is directed to make available every tool and resource to mothers so they will be informed and enabled to holistically protect and educate their children. The second line, intervention, speaks to the already-existing problem in a zone of extreme poverty and prostitution. Our goal with intervention is to help mothers and their children embrace a new way of life; that the little ones have access to a healthy childhood and to the necessary tools to deal with the realities of their environment.

One thing is certain to us: God is revealing His will and marking a path.

During a recent visit with Maribel, a friend of ours, I was able to come close to one of the young mothers of the “zone” for the second time. She has three children, and the youngest one has muscular atrophy and has seizures every so often. The young child was lying in his bed, unable to move as I was looking for Maribel so that I could pray with her for him. She seemed exhausted, but she still looked youthful despite her difficult circumstances. I asked her if she wanted to pray to God for her child, and she took him in her arms, telling me of his progress in physical therapy but the worsening of his seizures. That image — mother and child — compelled me to speak about the power of God and of the strength we can draw from Him, no matter what we are going through or what we have already experienced.

There, standing in front of this woman, I tried to infuse my words with love and strength, and my prayer was charged with faith. We were at last joined by the child’s grandmother and the rest of the children. Maribel desired and hungered to hear more, thirsting to drink hope. With her child still in her arms, she asked, “Is God really all-powerful?” Those words clung to my heart, moving me, because her question did not come from unbelief but from her need to know and to believe.

Later, when I revisited the scene in my mind, my emotions turned to frustration as I asked myself, “Where are those who know God? Where is the Church? Why don’t they carry this child and relieve this woman’s thirst to drink living water?”

I got home a few hours later, and I remembered the things of that day — how my friend Maribel shared with us, received us and how she told others in her zone her experiences with Jesus with what, according to her, is “little knowledge of God” (nothing is further from the truth). I remembered how she spread hope and testified of the change and peace that the Lord gave her. Her testimony blessed us. And then I knew the answer to my question: In a woman who wanted to be light in the darkness of poverty, I found the church of God.

I could write about the suffering of my friends in this zone of extreme poverty, posing the question, “Is God really all-powerful?” But there is a greater suffering — God’s suffering. We are so far from being His Church, the salt and light, from taking living water to the places that need it most. If His suffering does not urge us to act, I don’t know what will.

Anna Myriam Monteviller Pino was born in Lima, Peru. She grew up in Christian home and continues to live with her mother and younger brother. She is licensed in tourism having studied Marketing and Publicity. In 1998 she met and became friends with the Directors of WMF Peru who encouraged her to serve among the most vulnerable and at risk members of society. She believes that God gave her a prophetic
and evangelistic calling to the church and to God’s people to denounce and exhort them towards following Jesus’ example towards the poor. She has participated in and worked with the Word Made Flesh Peru community for over 9 years, first as the Vice President of the board of “La Palabra Hecha Hombre” and director of the Job House, then as the Programs Director and most recently as the National Director. 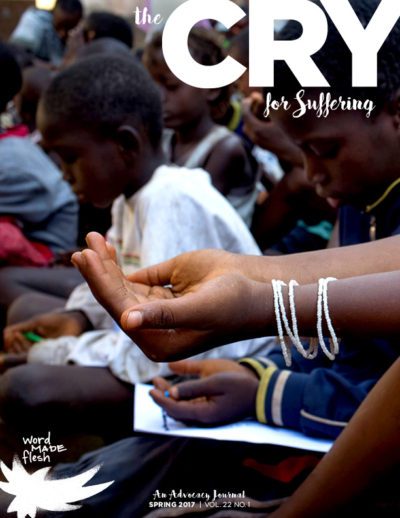