Humility vs. Humiliation - Word Made Flesh 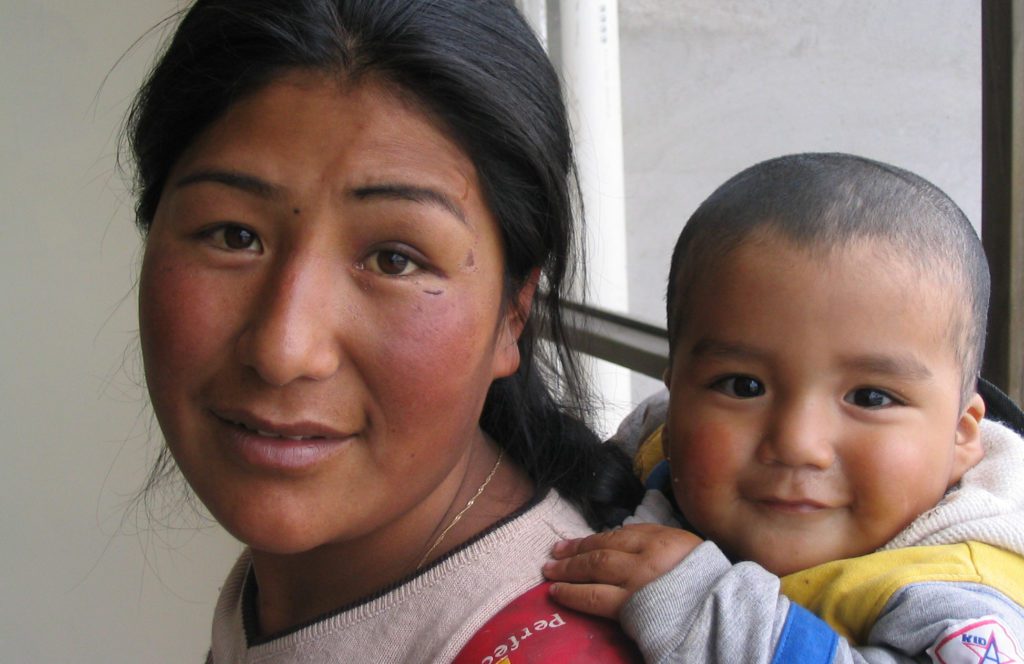 Where I live, humility is often measured by the size of one’s paycheck. In this context, the word humble is not reserved for the meek and holy – rather it is used to describe people of poor and lowly stature. In my culture, wealthy people are esteemed while “humble” people with less money are seen as less and less significant. While, yes, it often tends to be easier for a person of humble means to better practice spiritual humility than someone of great wealth, it is also easier for their humility to be turned into humiliation as their rights are stripped from them along with their dignity.

My home city of El Alto is one of the largest cities in Bolivia. It is known for being  the highest city in the world – the city that sits at the highest altitude of any city in the world. Even though this city reaches such great heights, you might also say it is a humble place. Seventy-three percent of its inhabitants live in poverty, 12% of whom are considered to be living in extreme poverty.

Almost 30 years ago, my family of eight (two parents four sisters, a brother and myself), moved to El Alto from the mining centers of Coro Coro, Bolivia. Growing up in our family, money was always a struggle. So, people grouped us with the humble and poor people of El Alto. Being a Christian family, we didn’t mind being labeled as such. We knew that humility could take on a different, spiritual meaning. We actually liked the phrase. However, we quickly learned the difference between being humble and being humiliated – the difference between merely living in poverty and being made vulnerable by having our rights taken away due to our humble position.

My family had been living in El Alto for 10 years when my only brother got seriously ill. He started bleeding from the nose and then suddenly lost his ability to move at all. Doctors couldn’t tell us what was going on. They ran several tests and then biopsied my brother’s skull, eventually detecting a tumor that turned out to be tuberculoma.

The doctors operated on my brother and, in the process, they mistakenly left a piece of cotton in the right side of my brother’s skull. This formed a cyst, causing need for the doctors to operate once again. Because of this injury and the subsequent faulty surgeries, my brother ended up living with a life-long motor skill disability.

I could hear the doctors saying to one another that our family would not say a word about all of this trouble because we were a “humble” family. We wouldn’t be able to do anything to right their mistake. Despite this hardship, I thank God my brother was able to accomplish many of his goals, like finishing school and making a career in music. As my brother worked to achieve these goals, he did so with much humility, recognizing his limitations even as he walked toward his dreams.

In 2002, my father passed away. Unfortunately, his death was due to medical negligence once again. After entering the hospital with severe appendicitis, he died of peritonitis. When he first arrived at the hospital, he needed immediate emergency surgery. However, surgery was delayed. When he did eventually come out of surgery, his poor condition merited the need for him to be in intensive therapy. The hospital didn’t offer this service and was going to need to transfer him to a different hospital. However, we owed money on medical bills and hospital fees there. We didn’t have the money to pay for these things. We were working as hard as possible to get the money, but were having very little luck.  During this time, my mother said to the hospital staff that my father was dying. She asked, “Why didn’t you do anything sooner?”

When the doctors saw my mother, they told her that, being such a humble woman, she didn’t have the right or ability to claim anything or prove anything. They unkindly reminded her she didn’t even have money to pay for her medical bills, much less for the court costs and legal fees that would be necessary to right this medical injustice. In the midst of all of this, my father died.

In the wake of my father’s death, I resented my family’s humbleness. I prayed and wished it away – wished we could simply have money. If being humble meant being destitute, fatherless, and causing my brother pain, I wanted nothing to do with this so-called humility. When Scripture called me to be humble, I felt confused and afraid.

In the years since these events, the Lord has restored my heart. He has written His truths in my heart and showed me the true meaning of humility—that being humble doesn’t mean not having money; being humble is having a willing heart to listen to the Lord’s call despite adversities. He taught me how to recognize His will in humility. It is with that newfound and redeemed sense of humility that I can now say that God has had mercy  on my life–even in the hard moments. He has forgiven my pride, and blessed my humble family beyond measure.

Doris Monasterios is a powerful example of perseverance, strength hard work and an unending  faith in God. She has lived in El Alto, Bolivia for most of her life. Growing up, she experienced the cycle of violence that affects so many firsthand in this chilly, sprawling city.

In 2003, her family began hosting WMF Servant Team members in their home and a friendship grew with the WMF Bolivia community. In 2009, Doris joined the WMF Bolivia administrative team. Her dedication and passion led her to transition to the role of Executive Director in 2015. “The past is still there, but God healed everything,” she says. “This community has been my biggest support.” Doris is also wife to Daniel and mother to Adria.