The Least of These - Word Made Flesh 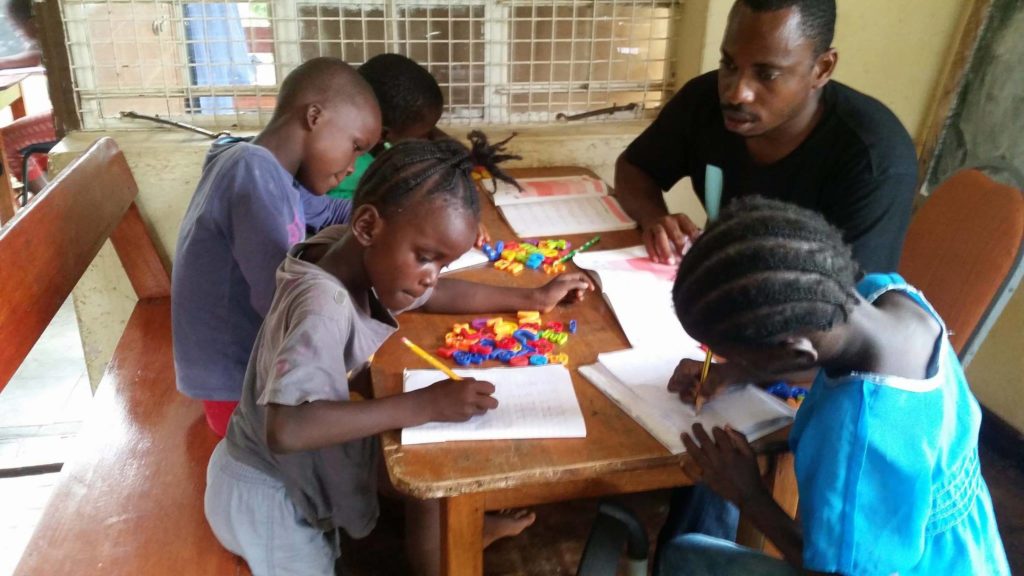 I grew up with my aunty, my father’s sister. My parents gave me to my aunt to raise me with my older sister because I was my mother’s first surviving male child. To protect my life, my parents decided it was best to give me to my aunt, who did not have a child. This is a common thing to do when one’s sibling is childless.

I was sent to my aunt when I was when one month old. My experience with my aunt was terrible. At a very tender age I was introduced to street life at Victoria Park, a popular market in Freetown, where my aunty was petty-trading cooked food (Cookery).  I mostly spent my time in the street, and my friends were the street children in Victoria Park. 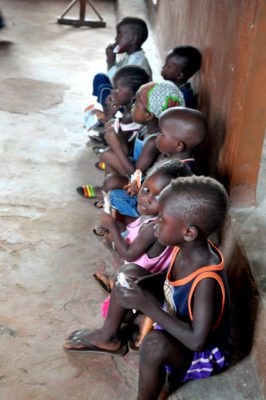 Victoria Park was a dangerous place where drug abuse, prostitution, fighting and gambling were the order of the day. It was not a place for a kid who had dreams and aspirations to succeed in life. There were bad influences everywhere. Because of the crime rate and all the bad activities that go on in Victoria Park, the Sierra Leone police raided that area at least twice a week. I experienced an excess of child labour while growing up. Neglect, loneliness, rejection and other abuses were a major part of my pain. Through all these pain, struggles, and difficulties in my life I chose to be humble and save my aunty.

When Jesus was grown, He was known to have spent time with “the least of these” in society. He walked in the company of prostitutes, of hated money launderers, thieves, beggars, the sick, oppressed widows and little children. This was what is was like to grow up in my community. I neither celebrated holidays nor played as a child. All I knew was working.

As I was growing up, I saw an excess of teenage pregnancies, which were a result of poverty and street living. Girls and boys in the streets had no sexual education, and there were those who would also take advantage of them because of their vulnerable situation. This resulted in the bearing of more street children, and it led to the onward destruction of young people’s futures. Prostitution was common for girls and stealing was common for boys. Tragically, most of my friends ended up in prison because of the lives they were living on the street.

Growing up without loving parents and living in such a dangerous community was a hard thing for me. I was thankful to have my big sister with me. She was the one who helped me not do bad things. She was there to protect me, but I was looking for love in a different place. I was looking for a big brother and a father. I was not happy with my family’s and community’s situation. I wanted to see a change in my life and in the lives of the other young people. However, I was incapacitated to enact that change. I wanted to chase my dreams and finish my education like anyone else.

Before my father died, my aunty said he sent for her.  My father was living in a village and he told my aunty to “Make sure Papanie went to school.” She told me that was my father’s last word. But still, she was having a difficult time paying for my school.

In 2003, I encountered Word Made Flesh Sierra Leone, which helped me to get out of the streets and go to school again. When I joined the Lighthouse program, everything in my life changed and I started to see a new world. Through their Lighthouse program, I have moved from despair to hopefulness, and have learned to share God’s love to others. I have developed a passion to do things which give hope to my family and to my community. When I saw WMF’s humility and how they loved us, I wanted to do the same thing for others by helping children and youth that were going through difficult times. I started with my small income I get from the Lighthouse program. They pay me to clean houses and do laundry for my leaders. I use some of the money given to me for my work to help with lunch and to buy sweets for the Victoria Park children.

Jesus’ humility demands our own. If you walk with a prideful heart, with your head so high you cannot even see the ground, humble yourself and recognize the one, true King. Know the truth of this Christ King. He is at home among the lowly, the foolish and the cross. He is not ashamed of us in our weak love. But one day, He will come as a conquering king and our pride will not stand against Him. 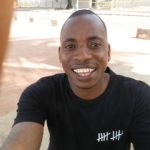 Papanie first arrived at Word Made Flesh Sierra Leone in 2003 and was one of the initial members of the Lighthouse Program, in which vulnerable youths are intentionally discipled and mentored through various activities. It was then that Papanie began his Christian walk and later went on to serve with Mercy Ships for three years, travelling the world to preach the gospel. He is now back in Sierra Leone working as an intern with the WMF community and serves primarily with the children and youth.