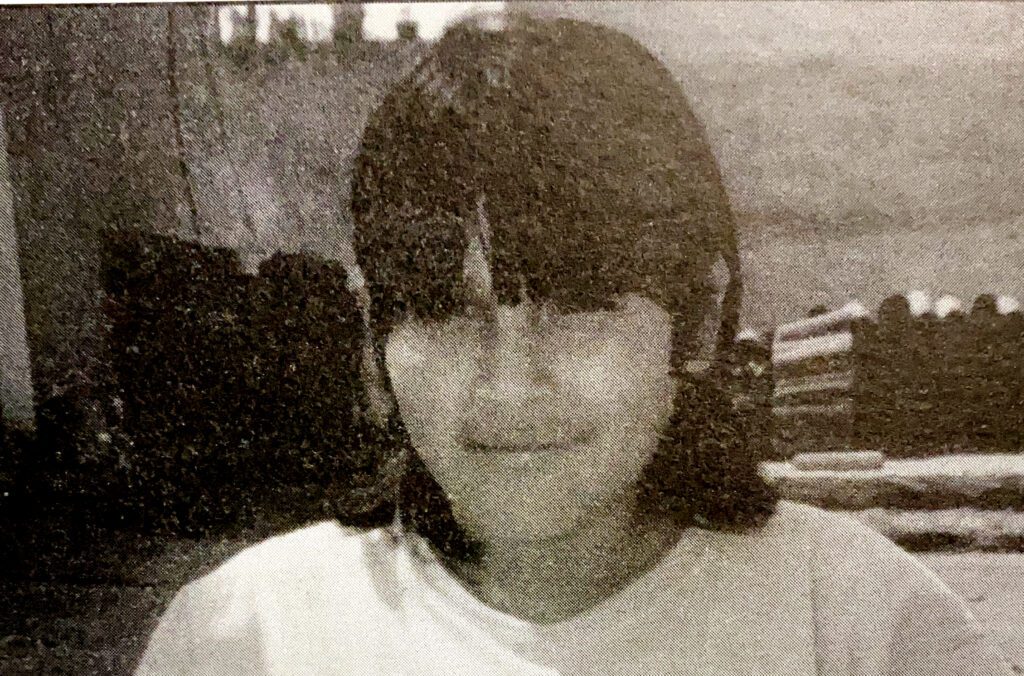 Karina is 16 years old and was five months pregnant when I first met her. She is a tough, feisty girl whose pregnancy did not hinder her from sniffing glue, climbing fences, playing games and boldly fighting off all who bothered her. One day I was the person who became the brunt of her frustration. The WMF staff had rented a public stadium where the kids could play soccer without distraction. Considered a privilege, the street kids were asked not to sniff glue inside the stadium  walls. Despite my feeble attempts to enforce the rule, Karina and her friends remained absolutely defiant.

The following evening we went to the area where we regularly meet the kids. As I greeted each of the children with a hug, I came upon Karina who was still angry with me. She shrugged me away with harsh words and though I didn’t understand her exactly, just her tone was enough to bring me to tears. I was hurt and thought to myself, “How ungrateful! How rude! Doesn’t she understand what I’m giving up for her… that I’m trying to help her?”

Later that evening it grew colder and I noticed the kids had little to keep them warm. Most wore just a sweater or shirt, and a few were wearing sandals. I had on layers of clothes and still could not get warm. Then I realized I was also the only one wearing gloves. Convicted by my oversight, I swallowed my pride and approached Karina. “Are you cold,” I asked. “Yeah,” she replied nonchalantly. “Here, you can have my gloves.” She took them, swung around and walked away without any word of thanks. This time her behavior did not surprise me.

Yet, throughout the evening I watched the gloves travel from one kid to the next. Once one person was warm, the gloves would pass to the next person in need. I had been gloating about my good deed, which had really cost me very little. But Karina challenged me by showing me true selfless giving. She had not claimed to own or possess the gift, but in her own poverty shared it with others. Christ is found among the poor, in children such as Karina. In the words of Mother Teresa, it is “His most distressing disguise.” in serving them, we meet Him. And when we meet, may we rise to Karina’s challenge. 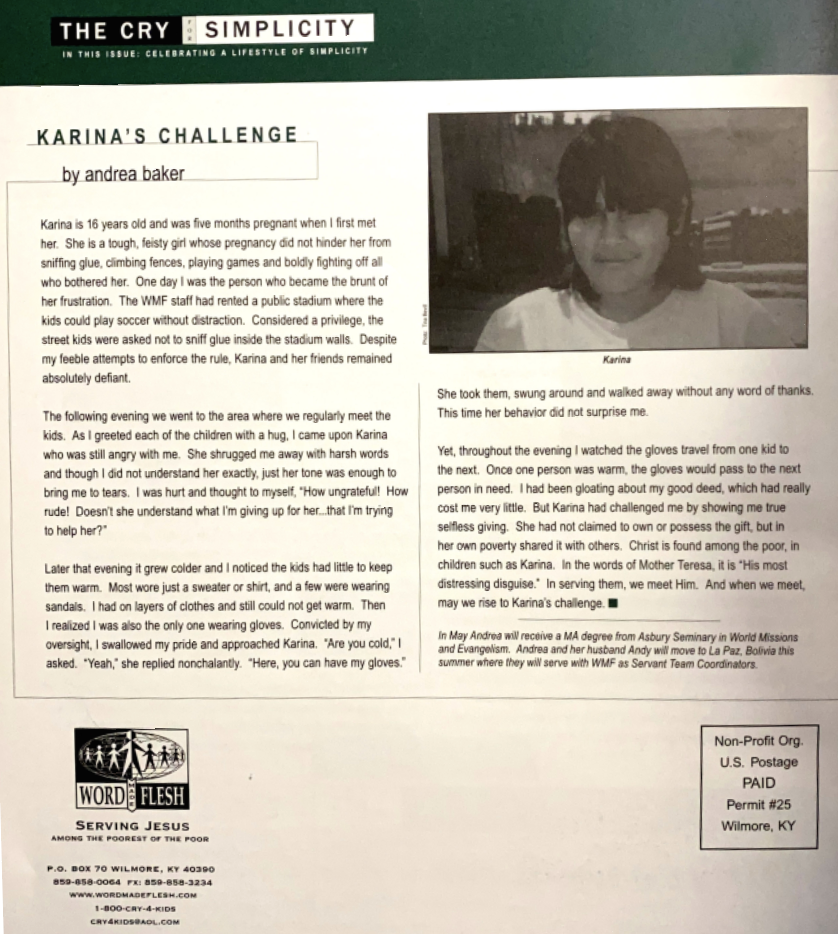 As we celebrate 25 volumes of The Cry and over two decades of telling the stories of Word Made Flesh, we take a look back at previous issues and reflect on the longevity of this important work. Our Lifestyle Celebrations have always guided the mission of Word Made Flesh and continue to be the framework by which we live and serve among those in need around the world.