Word Made Flesh Peru is a community committed to serving Jesus among vulnerable people groups in Peru’s marginalized urban areas.

Peru is a culturally and linguistically diverse nation, regionally isolated into coastal, mountain, and jungle communities. Populations in the major cities have been increasing at alarming rates due to urban migration from rural areas. Today, nearly half of Peru’s disproportionately youthful population lives in poverty. This culturally Catholic nation is religiously divided between Catholic and non-Catholic. Among the most pressing social issues are rampant poverty, corruption at all levels of government, drug trafficking, local terrorist groups, and the breakdown of traditional families. 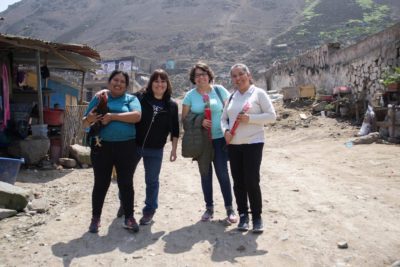 Our calling is to practice and proclaim the Kingdom of God to children, adolescents, and young adults or who have lived on, are currently living on, or are at immediate risk of living on the streets.

Word Made Flesh Peru began in 1998 as a ministry of presence in the streets of Lima.  The initial outreach began in the historical center of Lima through shared meals and conversation with the youth and young adults who frequented that area at night.  In 2002 we opened a day center, Casa Job, in order to continue this work of relationship and evangelism.  In the safety of this new space, we were able to offer more resources, including basic medical attention, information about personal care and hygiene, times of worship, and an introduction to the Christian faith.

Around 2006, the youth from the streets began to form new families, leave the areas of high risk in the center of Lima, and return to the relative stability ofurban slums in the surrounding districts.  This presented us with a new challenge, as we sought to accompany and support each family in this new period of their lives. Thus began the Home Visit program, which allowed us to continue our friendship with each family through a periodic visit to their new homes to listen, encourage, and share the word of God.  It was through this program that our focus shifted away from the historical center of Lima to other areas such as Comas, San Juan de Lurigancho, Villa María del Triunfo, Ancón, Rímac, and Los Olivos.  Today, Word Made Flesh Peru continues its ministry by focusing on the following areas: Educational Support, Church Integration, Trainings, and a Pilot Plan. 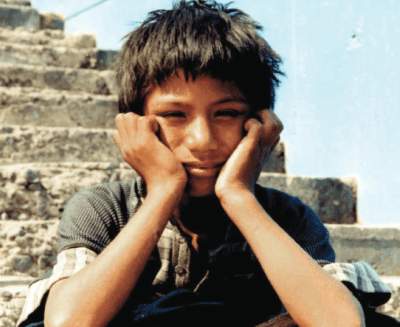 As the children of the families in our community began to reach school age, we saw a new opportunity to support this next generation.  In 2007, we began our Educational Support program, which was a commitment on our part to help each child through the culmination of their secondary studies and to challenge the parents to take responsibility for monitoring and encouraging their child’s academic growth.  This program is largely concentrated during the first three months of the year, before the start of the Peruvian academic year, when we conduct interviews with each family to determine the best way to support them and to determine their eligibility for a small scholarship.  We seek to maintain this connection with the families throughout the year and, in 2014, will provide a short retreat for the families in order to provide resources for spiritual and family development and a space for dialogue and recreation.

As the families in our community continued to grow in their sense of autonomy and responsibility, we were faced with a new challenge: to encourage the local church to reach out and support these vulnerable families in their new neighborhoods.  In April of 2013 we began a new initiative that seeks to help each family integrate into a church home.  Participating families are invited to take part in series of six orientation sessions with our staff and the leaders of a partner church in their neighborhood, with the goal of offering a theological overview of the role of the church and establishing a point of contact between the family and the church.  At the end of 2013, five families had integrated into a local church as a result of this initiative. 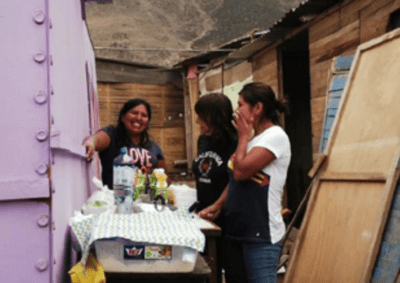 We recognize that at times, despite good intentions, ministry among the marginalized has only caused more hurt and confusion for those who are already vulnerable.  This is very often due to a lack of the knowledge and experience needed to understand the complexity of life on the street.  We do not claim to have all of the answers, but we do feel a responsibility to be good stewards of all that God has taught us and continues to teach us.  For this reason, we have put together a four-part workshop for churches or other groups interested in reaching vulnerable populations.  The sessions cover basic information (including an introduction to holistic mission, best practices, and guidelines for preserving the dignity of the vulnerable) and also include space for questions, case-studies, and helpful stories from our own experience.

Many former street families, once integrated into society, set up their homes in the squatter neighborhoods on the outskirts of Lima. As WMF Peru continues in relationship with these families, we are learning about the great need for local churches in those neighborhoods to become equipped in holistic urban ministry. Our COMMUNITY PILOT PROJECTS are collaborative efforts to support and mentor local churches as they identify a vulnerable population(s) in their area, develop an outreach plan, and then begin relationally-centered ministry. WMF Peru works with a local church for a specific period of time (from 3 months to 1 year) according to the kind of ministry the church seeks to implement. This project will be replicated with as many churches as possible. Additionally, WMF Peru is also planning on developing our own MODEL COMMUNITY PROJECT which will serve as a reference point for other local churches doing holistic urban ministry. 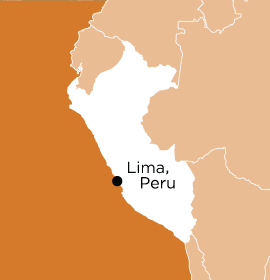