As we reflect on this lifestyle celebration, we invite you to explore some of our staff top picks from media and resources that focus on service. 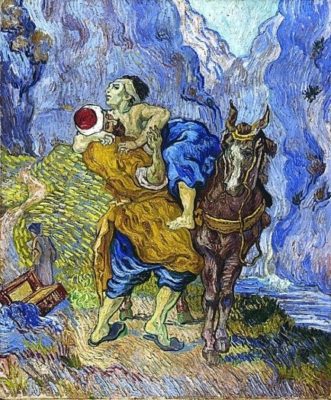 Van Gogh painted the famous Biblical scene of “The Good Samaritan” (1889) shortly after having suffered a psychotic breakdown that led people to run him out of town. He was supposedly found on the side of the road and some people helped him get checked into a sanitarium. In this painting, he was copying Delacroix’s depiction of the story, which is much darker.  Instead, Van Gogh adds more light to the scene, likely placing himself as the man in need of help. The two figures to the left (the Priest and the Levite) are darker and fading, while the Good Samaritan is the most emphasized figure. Van Gogh communicates a message consistent with Jesus’: it is good to show neighborly love and compassion by taking action to assist anyone who is in need. 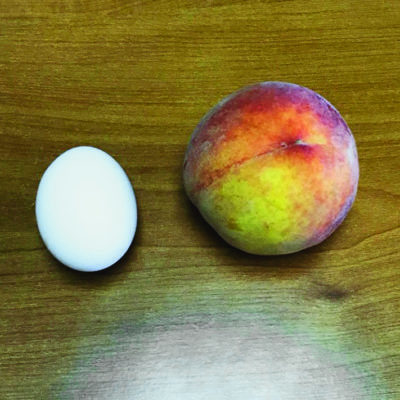 Quote by Michelle Kratzer, a longtime friend of WMF

“I just ate a hard boiled egg…and a delicious Georgia peach…and a banana…all for breakfast. As I peeled my egg, I thought of a passage from a book that I read years ago where another person in another place in another time also peeled a hard boiled egg and ate it for breakfast. The difference is that the egg was it. There was no more. No lunch. No Georgia peach. No banana. I am prayerfully holding this truth alongside of the delicious taste of Georgia peach in my mouth. I am living with the discomfort and praying that the discomfort will change me…and through me (and a million others like me)…the world. Today, I will be compassionate. Today, I will be generous. Today, I will eat less meat. I will spend less and give more. Thank you to the many people who have showed me ways to lean into this uncomfortable, hard, compassionate, holy way of living. Thank you for the voices who remind me that compassion is an everyday, forever choice. There is no room for despair. There is Hope.” 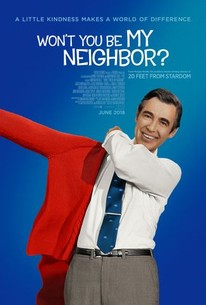 Fred Rogers of “Mister Rogers’ Neighborhood” brilliantly exemplified the essence of service to others throughout his adult life.

Focusing especially on children, his guiding compass was love of God and love of neighbor.

The other night, my wife and I found time for a mid-week evening date and viewed the Fred Rogers documentary “Won’t You Be My Neighbor?”  It was profoundly soul-moving.  The film excellently showcases Rogers’ determination, focus, whimsy, winsomeness, compassion, and deep empathy with both processes and people.

As an ordained minister, Rogers felt that media could be used for good.  However, he often saw the opposite occurring. He felt God calling him to minister through television in order to offer an alternative to the negative messages.

Fred managed to be prophetic (in the tradition of biblical prophets decrying matters of injustice) while remaining pastoral.  He never lost sight of the image of God in each of us and the inherent dignity that this bestows on everyone everywhere.

As Fred offers in the film and as we at Word Made Flesh also seek to offer, we are to be tikkun olam (תיקון‭ ‬עולם), we are to be people who seek to be “repairers of creation.”

“A dispute also arose among them as to which of them was considered the greatest.  Jesus said to them, “…I am among you as one who serves” (Luke 22:24-27). Like Jesus and like Fred, as image bearers of God we seek to serve other image bearers of God.

I hope that we all might view our service as the ongoing query, “Won’t you be my neighbor…?” 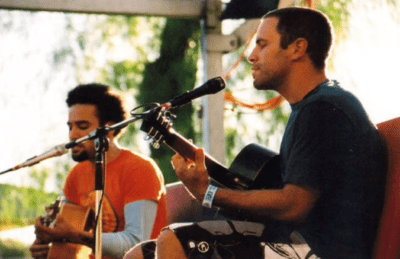 JACK JOHNSON and BEN HARPER recorded a beautiful performance of Harper’s “My Own Two Hands” in 2005 for the film Curious George. The combination of both the playful folk style recorded primarily for children and the song’s simple declarations, reminds us to “become as little children” (Matt. 18:2) and believe this simple truth: indeed, we can change the world with our own two hands. The  lyrics below speak for themselves: the song feels light and hopeful and is a good reminder that serving sometimes is just putting our hands to work and, in our context, trusting that God will use them to create good and fruitful change.