Breakthrough in Brokenness - Word Made Flesh 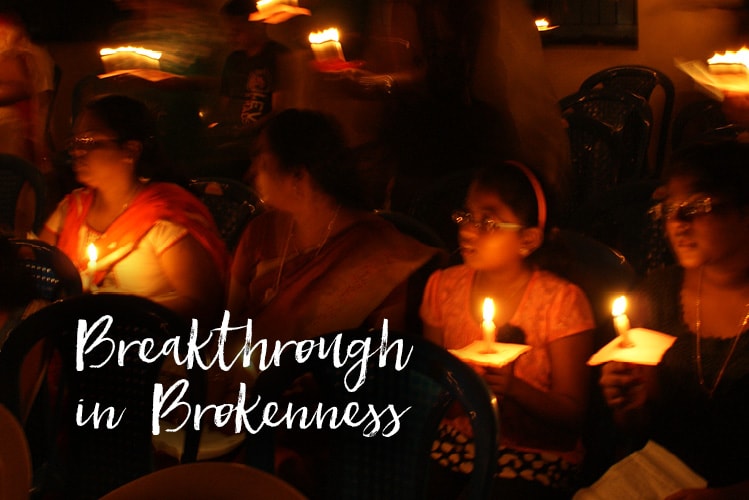 *Article Header Image: At the Christmas pageant: A minute of silence for the 269 lives lost in the floods.

I pressed the crisp, freshly washed and sun-dried linen to my face to drink in the fragrance of the sunshine. The deluge had cruelly washed away precious lives and homes of our beloved Chennai and had left me shocked and stunned. For weeks we waited together for the sunshine as everything in the aftermath hung loose, limp, and lifeless. Tall, majestic fences which had lined our neighbourhood succumbed to the fury of the floods. Our blooming bushes were now just scrawny, lifeless twigs. Sewage drains had been broken open to allow the furious flood to drain, and gaping manholes added to fear amidst a fight for survival. 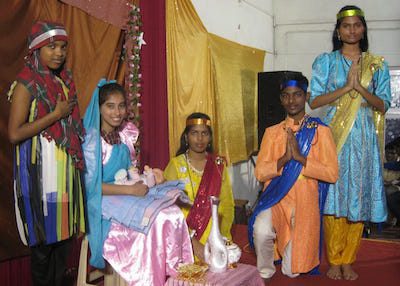 With their Christmas pageant, “The Third Wise Man,” kids in the WMF Chennai community helped raise Rs 12,000 (rupees), which was given in kind (food grains, sleeping mats, utensils, medicine, and temporary tarpaulin) to families affected most by the severe 2015 floods in the coastal area of Chennai.

With whatever few minutes of precious power we had left in our battery, we watched newscasts that added numbers to the death toll, and immersed us in more gloom as we mourned for our dear Chennai. Helping hands reached out to offer us eggs and biscuits, which saw us through the week when life stood still. Although in awe of Mother Nature and her unleashed fury, the bruises were deep and left us scarred.

Beyond the pouring rain that never bothered to take a break for even a moment, the dampness closed in. It was even more deep and penetrating. It reached its slimy fingers in and tightened its grip around our very souls. We focused on what we had – we were all safe under one roof, all kids accounted for – rather that what we had to do without – running water, medicines, milk, and power. With the flood waters gaining entry into the ground floor, all office equipment and  groceries had to be piled on one another with whatever props we could find. When the sewage drains gave way, the drain water gushed, and when kids bickered and pouted, nerves were frayed.

We put up a brave front, holding aloft the white flag of peace and passing out mehndi (henna) cones for the kids to appease their boredom; it added to the heaviness that was already weighing my soul. I longed to peel away the layers of despair and heaviness which hung so thick and dark over my heart. Oh, how I longed for the good, bright sunshine to break through this pall of gloom which had seeped into my very being. 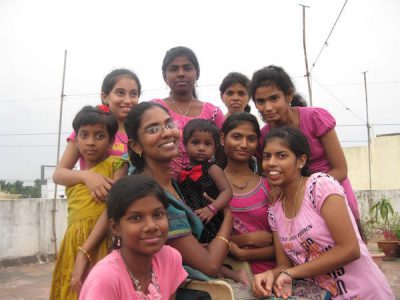 Angelene with some of the children in Chennai.

So when I later found myself putting the first fresh batch of linen out in the sun, I lifted my face to the sky with a great sigh of relief and drank in the warmth, light, and life. I was too aware to pass off this seemingly mundane duty of putting out the linen as “ordinary;” there was something deep within me breaking loose, waiting to birth. I discovered, to my utter delight, the simple act of standing in these rays of new sunshine and soaking in the fragrance was bringing such warmth and healing into my soul. Something about it was thawing; something warm and soothing was reaching deep into the frozen, bruised, and broken interiors within me.

It was precious, holy, and sacred, and I bowed my head in reverence for again being given a chance to smell, to embrace, and to live. I was standing on holy ground. I wondered if this was how Noah and his family felt when they stepped into the sunshine after nearly a year of confinement in the ark. Instead of a rainbow, I had the brand new sun all for myself. I felt the Son drawing me closer to Him, breathing in His life, love, and healing. This healing was extra special and at a deeper level. Could this delightfully, delirious, sacred joy be what Christ experienced as the joy set before Him, which propelled Him to endure the gruesome death on the cross? Was He keenly focused on the hope of this joy, and thus endured such cruelty? This experience was too lovely and too sacred to keep to myself. I knew for sure I would burst forth into life, love, and joy again. So too will Chennai, even amidst its deep brokenness.

It was when I was most broken and bruised, with deep jagged wounds, I found healing balm rushing into the unknown depths of my soul. The deeper my wound, the deeper my healing; the more painful my despair, the more delightful the deliverance. Never again would I look upon the daily sunshine without a deep reverence for life renewed. Of course, this did not lessen the load of my daily business in caregiving for hungry, tiny souls in need of warmth and care, but it did bring healing in my brokenness. I was being mended and in the process of being whole again because of the Son of Righteousness reached out His wings of healing to bring a breakthrough in my brokenness. This is the essence of Easter for me: when entrenched in my despair, the Son shone through to bring healing into the deep valley of my soul. He shattered the chains of darkness and proved again the power of His resurrection.

Born and raised in the southern most state of India, Tamil Nadu, Angelene studied psychology before pursuing her master’s degree in clinical psychology. Following the example set by her parents, Patrick and Victoria, she serves alongside them in Chennai as the program coordinator for India.
angelene.samuel@wordmadeflesh.com

Contemplative doodle of the floods and aftermath in Chennai by Angelene Samuel: 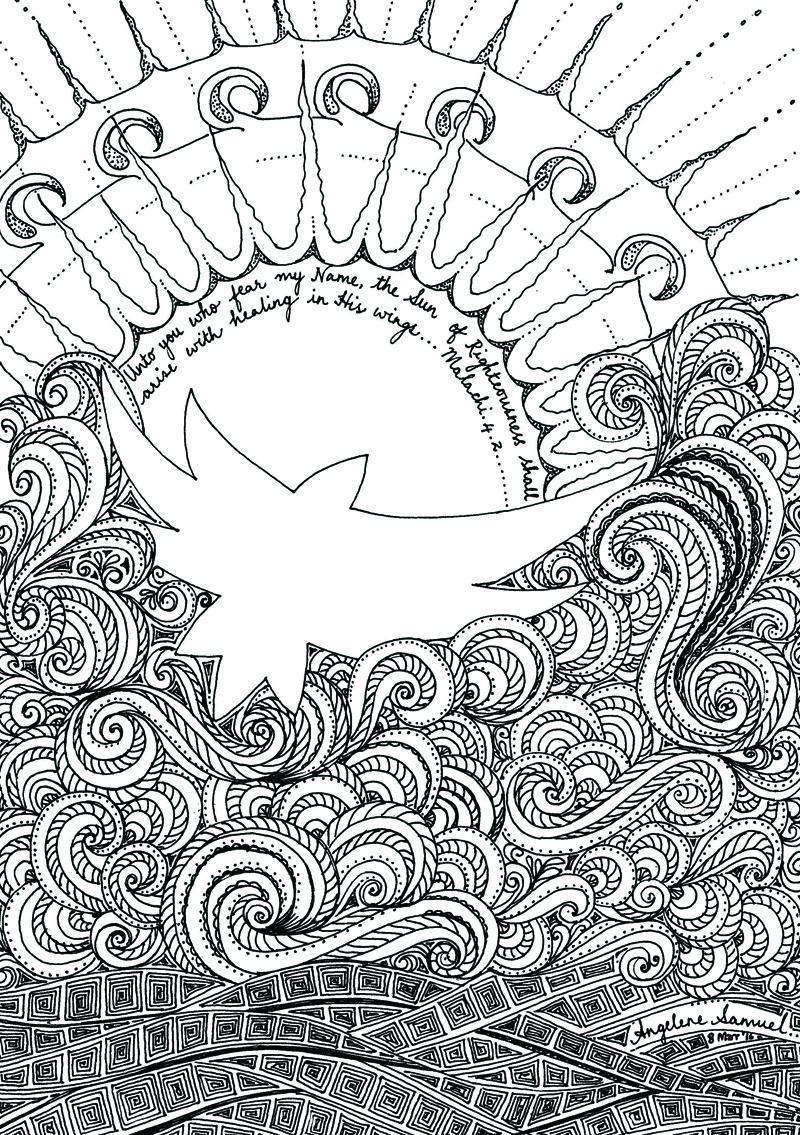