On the Way - Word Made Flesh 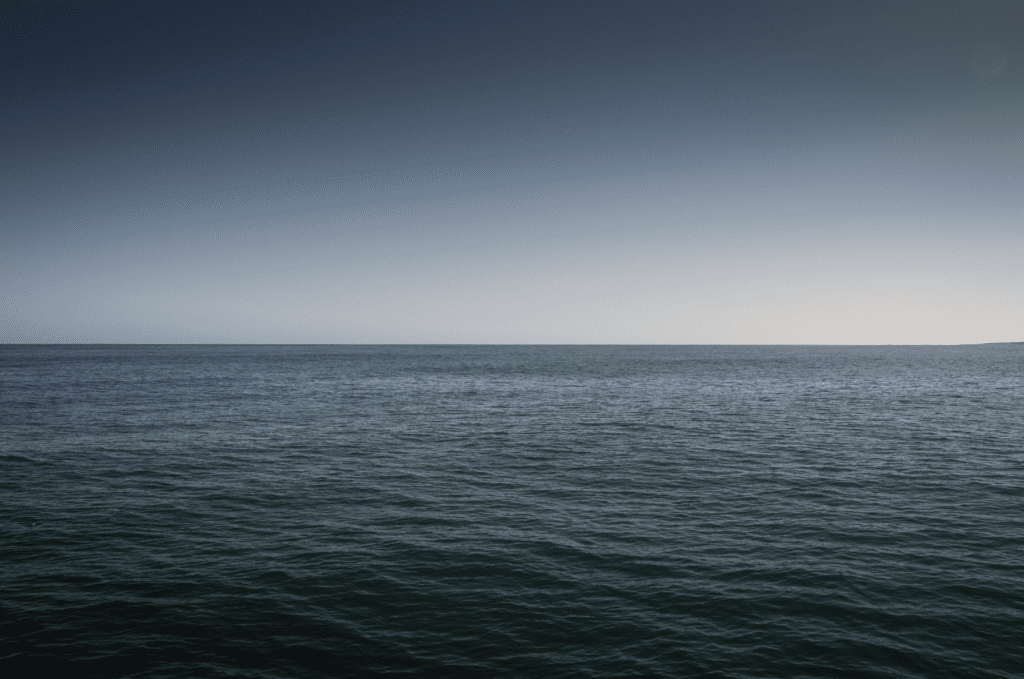 For me, experiencing South Africa was full of complexity. I found it difficult as a photographer to translate into images all that I saw and felt of the human condition while visiting there. This photograph, Tension: On the Way to Robben Island, unexpectedly came as close as I could have imagined to encompassing these emotions. Comprised simply of two elements—sky and water—as seen from a ferry off the coast of Cape Town, the many human tensions I found dividing and defining this fascinating country come to mind: rich and poor; old and new; freedom and slavery; remembering and forgetting; reconciliation and retribution; shadow and light.

Though it could have been taken anywhere sea and sky meet, this particular scene is nearly the one Nelson Mandela might have taken in as he set off to Robben Island, where he spent nearly thirty years in prison. A simple view that may well have been the backdrop of a painful and complex uncertainty he felt as he thought of the likelihood of a bleak future for himself and for his country.

More recently, I pondered the simplicity of another two elements. These two elements, bread and wine, are in this case meant to unify rather than divide. I had the privilege this week, in our small church, of bearing the chalice as fellow parishioners dipped their bread in the wine. As they did so I repeated, “This is the Blood of Christ; the Cup of Redemption.” I saw each face as it strode past, some eyes evading mine, others looking to me as if I were more important than I am, perhaps just because I held the Real Presence. I watched as fingers dipped the bread in every possible way. Some were sloppier than others and I was aware of a bit of the blood of Christ left on my hand. I raised the chalice for those taller than I, and bent over for the children so as to let them remember as well. I noticed there were crumbs floating as I repeated for each one, tall or small, “…the Blood of Christ, the Cup of Redemption…”

It surprised me. The gravity of this ordinary reality became real as I became a part of each individual’s remembrance. It was a most holy moment of the service, yet it was also ordinary and sort of messy. This ordinary act—sharing bread and wine in order to remember uses bread as symbolic of Christ’s body, underscoring his confession of being the Bread of Life. The poetic significance of this proclamation might be lost on those who eat modern bread that has been conditioned and preserved. But good bread doesn’t last long. Bread made with flour, water, yeast and salt has always had as its mission mouths to fill, and by its nature is best eaten soon. Wine on the other hand is made from crushed fruit—and time. These two accessible items shared at the table in unity are the ingredients Christ says are to initiate and perpetuate a remembrance of Him.

Yet while this act of remembrance points to the unity of the participants, it is also fraught with tension. Eucharist is from the Greek word for thanksgiving. The most heartfelt thanks comes as a byproduct of (if not at least a reflection on) pain and suffering. Remembering is a holy act. An historic, wide-angle view of this simple act of remembering Christ at the table with his friends sharing simple ingredients is also full of complexity and tension. Amid even the most painful circumstances, it provides hope for anyone looking ahead in uncertainty. Likewise, taking in even something as simple as sea and sky can recall God’s faithfulness and presence, to help with facing what may lie ahead.

Keith A. Barker spent his early childhood in Tokyo, Japan, the son of missionary parents. His lineage includes many career missionaries who served in various countries in Africa. While working in many facets of photography—from film cameras to more modern digital varieties—his work centers around people, places and objects that relay a sense of history and time’s passage. In 2013, he received a travel fellowship to South Africa along with twenty other artists from North American and African countries. The collective results comprised a group art exhibit that traveled all over North America through 2018. Currently Professor and Art & Design Department Chair at Asbury University, Barker has taught Photography and Graphic Design since 2000. Keith lives near Wilmore, Kentucky with his superb wife and partner Bethany, and three wonderfully adroit children.