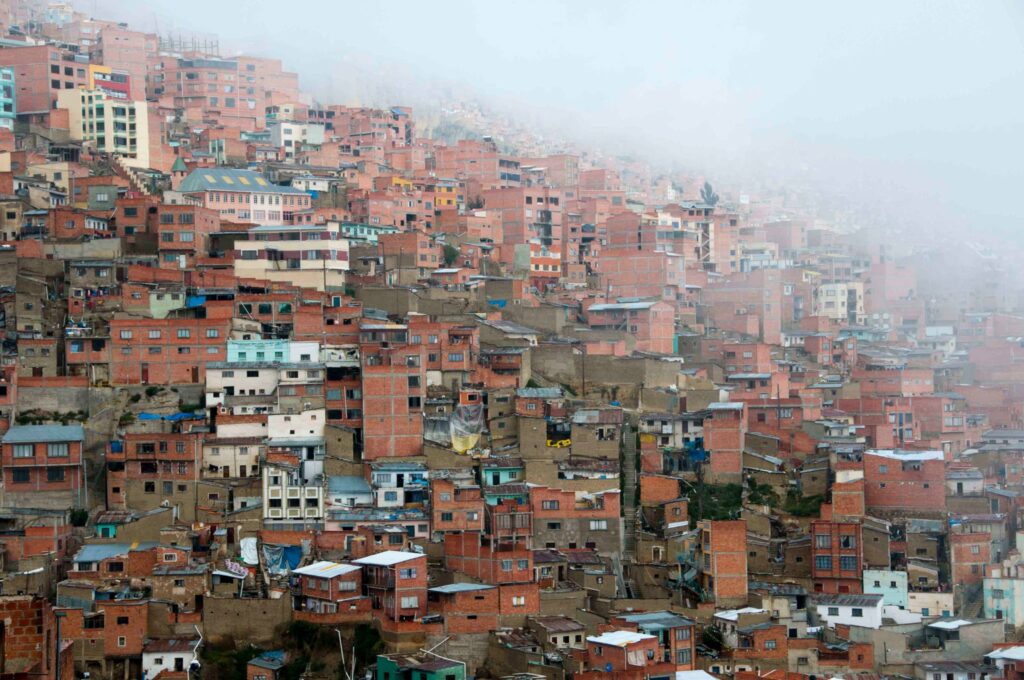 In 1 Timothy 6, we see a link between peace and simplicity: “But godliness with contentment is great gain, for we brought nothing into the world, and we cannot take anything out of the world” (I Tim. 6:6-7).

Indeed, “peace” is commonly highlighted as a characteristic elemental to Christ followers and the life of faith.  While engaging in a writing project several years ago, I reached out to several spiritually mature men and women for their perspective.  I asked, “What is it that makes people of faith distinct?  Answers varied, but there was one characteristic that was uniformly mentioned by all respondents: Peace.

They did not necessarily mean “peaceable” (though I would argue that is very much normative to the Christian life), they meant content.  Tranquil.  Simple.

While I agree in general, I found myself reluctant to endorse this view without qualification.  Here’s why.  Peace, as the word is commonly used in modern language, lends itself to connotations I am uncomfortable with.  I want to focus on one element in particular: peace as happiness.

In modern culture, there is a way we understand peace and contentedness that accords with what economists call “preference satisfaction.”  In welfare economics (literally, dealing with how to optimize or improve the welfare and well-being of economic agents), an important assumption is that giving people what they want makes them better off.

We can easily think of examples where this assumption rings true (I’m thirsty, and I drink; I’m tired, and I sleep; I’m cold, I put on a warm jacket; etc.).  However, we must be careful as to how far we are willing to take this line of thinking.  Indeed, this sentiment rests upon Epicurean assumptions that are problematic for Christ followers, including the idea that having our idiosyncratic desires met will deliver us satisfaction.

We all know of instances where “getting what we want” or “having our desires met” is not associated with peace.  If anything, just the opposite.  In his essay “Hell”—CS Lewis describes separation from God as people receiving “the horrible freedom they have demanded.”  Similarly, in St. Augustine’s essay “The Happy Life”—he notes that desire without guardrails is not freedom, but bondage, if the desirer does not properly consider the object of desire.  “For to desire what one should not,” Augustine says, “is unhappiness itself.”

All of this, and much more, should make us uncomfortable with associating peace and happiness with the mere satisfaction of our personal desires, whatever their character.

The Simplicity of True Rest

I think there is a better way for people of faith to think about peace—and in a manner that does not directly draw upon the notion of merely satisfying unique and individualized preferences.

Most are familiar with Augustine’s famous statement at the beginning of his spiritual autobiography Confessions: “Lord, you have made us for yourself.  And restless are our hearts until they find their rest in thee.”

According to Augustine, peace and rest are a matter of unity.  As theologian Paul Camacho says, “The heart does not want an expansion of options, but unity with the beloved.”

This idea is wonderfully captured in the poetry of Emily Dickinson.  Her writing, much like her own life, was layered, complex, and expressive.  One of her more famous poems, Wild Nights, reads as follows:

In this sense, peace and simplicity mean we are no longer searching.  They represent the marriage, partnership, fastening, and linking between creation and creator.  The uniting of lover (God) and beloved (persons) represents the nexus of two things meant to be together.  It is the place where our desires do not come back void.  It is rest for otherwise restless hearts.

I refer to this as “optimistic theology.”  That is, a theology which suggests that a key function of our Christian witness is peace, contentedness, and simplicity.  As I have attempted to assert—peace is not just getting what we want.  Rather, peace is the ordered and proper connection to our truest desire; what we were made for.  In Emily Dickinson’s terms—we have found our port: “done with the compass, done with the chart.”

In this sense, peace is simplistic.  It is not an ever-expanding number of options in an ever-expanding marketplace.  Nor is it having my unique and individualized preferences met.  It is ordered love—directing my faculties, my worship, and my yearning to its intended destination.  God has created us for communion.  What better place to “moor” our restless hearts so as to find rest in Him.

Kevin Brown is the President of Asbury University and walks alongside Word Made Flesh International as a member of the Advisory Council. Before his presidential inauguration at Asbury in early 2020, he served as faculty in various higher education institutions teaching business and finance, and was a market president for Wells Fargo. Brown holds an MBA from the University of Indianapolis along with an MA of Letters from St. Andrews University and a PhD from the University of Glasgow. Brown is married to Maria and they have three children. In his spare time, he enjoys spending time with family and friends, as well as reading, exercising and camping with his family. The Browns live in Wilmore, Ky.