Love Changes Everything - Word Made Flesh

Nearly two years ago, I sat with a group of fellow college students in a tin-roofed classroom in Kigali and listened to two Rwandans share their memories of the 1994 genocide. Immanuel was 24 and a Hutu at the time of the genocide. He told us of being forcibly recruited by Hutu soldiers, of killing Tutsi families in their homes, and of chasing down people hiding out in the bush. It was there that he cut off Alice’s hand, hit her over the head with a machete and left her for dead among the dozens of others chased out of hiding and killed. Immanuel, a Christian, expressed the extreme guilt that he felt for what he had done and after a few months reported himself for the district court. Eight years later he was released from prison and began to seek out forgiveness from the people he had harmed during the genocide.

Alice was a young wife and mother at the time of the genocide. She and her family were hiding out near a river when a group of men came and began killing those in hiding. Alice had a spear run through her shoulder, two machete cuts in her head, her right hand cut off, and then a man came and stomped on her chest as she lay on the ground bleeding. Miraculously she survived and was later reunited with her husband who had managed to escape. Her daughter had been snatched out of her arms during the attack and had been cut in half by a machete. It took Alice a long time to recover, both physically and emotionally. She told us about how hard it was to see Hutus in her church afterwards—worshipping a God who had let these terrible things happen to her and her family. Eventually, she reconciled with these people and began to pray that she would have the opportunity to forgive the person who cut off her hand. This request was soon answered as she and Immanuel crossed paths and Alice was able to forgive the man who had handicapped her. Today, they and their families are friends.

Immanuel and Alice are very open about their story because they want people to know that reconciliation and forgiveness is possible. One can find stories like this all across Rwanda—stories about love and grace overcoming hate, and the incredible power of forgiveness in restoring broken communities—but theirs was by far the most powerful I have ever heard and one I love to share with people.

I spent a semester of college living and learning among the people of Rwanda and it completely changed my life. I was able to hear people’s stories and witness the way God is working a moving in the Church in Rwanda. I was able experience a newfound community with a group of boys who had been taken from the streets and given a home. I saw not only the harms that had occurred and are occurring in Rwanda, but I saw the beauty of the country and the dignity and kindness of its people.

Now, I am humbled, honored, and excited to announce that in Autumn of 2015 I am headed back to Rwanda long-term as part of launching a new Word Made Flesh community in Kigali! In the coming year, I will be in Kigali setting up residence, learning about and partnering with existing work in the area, listening to people articulate the current needs that they see in the community, developing relationships, gathering a local board, recruiting WMF Rwanda staff, and, when I find time, breathing. J

I need partners in this work—partners in prayer, friendship, and certainly partners who will be willing to walk financially with me as well. Please consider partnering with me and with WMF in whatever way God is leading you to do so as we begin this journey of seeking to serve Jesus among the most vulnerable in the heart of Rwanda.

I would love to hear from you! I can be reached at shelbye.renfro@wordmadeflesh.org. I am also on Facebook as Shelbye Renfro and on Instagram as @shelbyee_joy. Please look me up and add me. 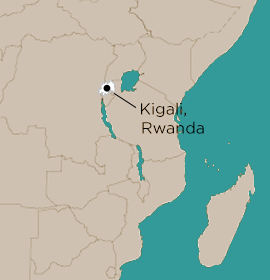