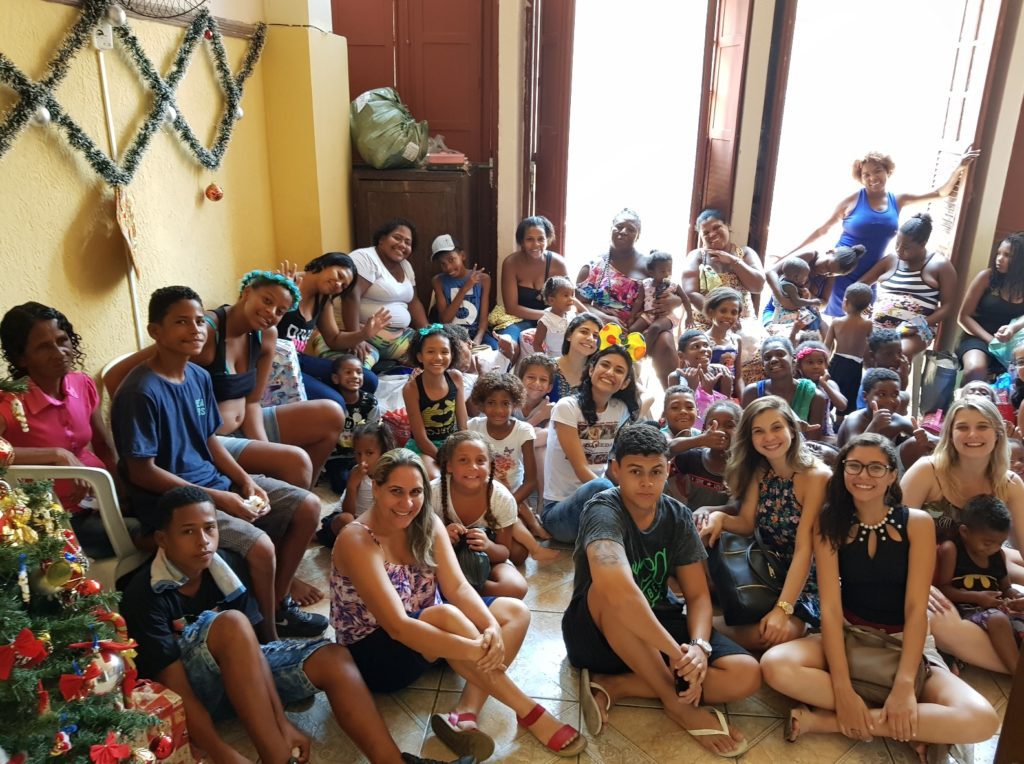 The story below is from our WMF Brazil community. Thank you for partnering with WMF and being a part of God’s work to bring healing, hope, and peace to our neighbors in need around the world!

Some time later, Viviane brought her sons for a weekend visit in the “mansion” which sadly ended up becoming one of the worst moments of her life. Her aunt took care of her sons while she was showering, and while she was gone, Social Services arrived and took her children. At the time, Viviane was pregnant with her fourth child, but was unable to give up drugs even for the pregnancy which resulted in her daughter being born with many problems because of her mother’s drug use. Disoriented and depressed, Viviane seemed almost unaware of what was happening around her.

WMF Brazil began to work with her and her family in 2002, on the streets. Suggestions were offered regarding how she could win custody of her sons again, but unfortunately the drugs would not allow her to move forward. Her daughter passed away during this time. A small change occurred for her after her daughter’s death as she left the girl’s father, no longer wishing to live on the streets, as her suffering was so great.

Our team had always made home visits to her mother’s house and I remember well when I saw her there again. I was very happy because she was a good girl with a wounded heart but she wanted to change. We spoke for a long time and I remember that she asked me to help her find her sons. For eight years, we looked for them, but it was difficult because we knew that Social Services had taken guardianship and we were unsure where they might be.

We invited Viviane to come and participate in the Esther Project. There we would fight together to find out about her children. Viviane stopped taking drugs and began to see that she could have a different life. She began going to church and realized that God took care of her with much love. She met a man, honest and hard working, who truly wanted a family. Today they have a daughter and are doing well thanks to God. When I stop and think about the life that Viviane has today I truly see the hands of God at work.

At the end of last year, we were able to find her sons. What happiness to know that they were well! After nearly nine years of searching, Viviane’s life was about to change again. I know how much the Lord is faithful and loving, and it was emotional to see the reunion between Viviane and her sons. There were many tears, and we have only God to thank for all this. Suffering was transformed into joy. Yet another woman from Esther Project whose life has been changed! Love changes lives!